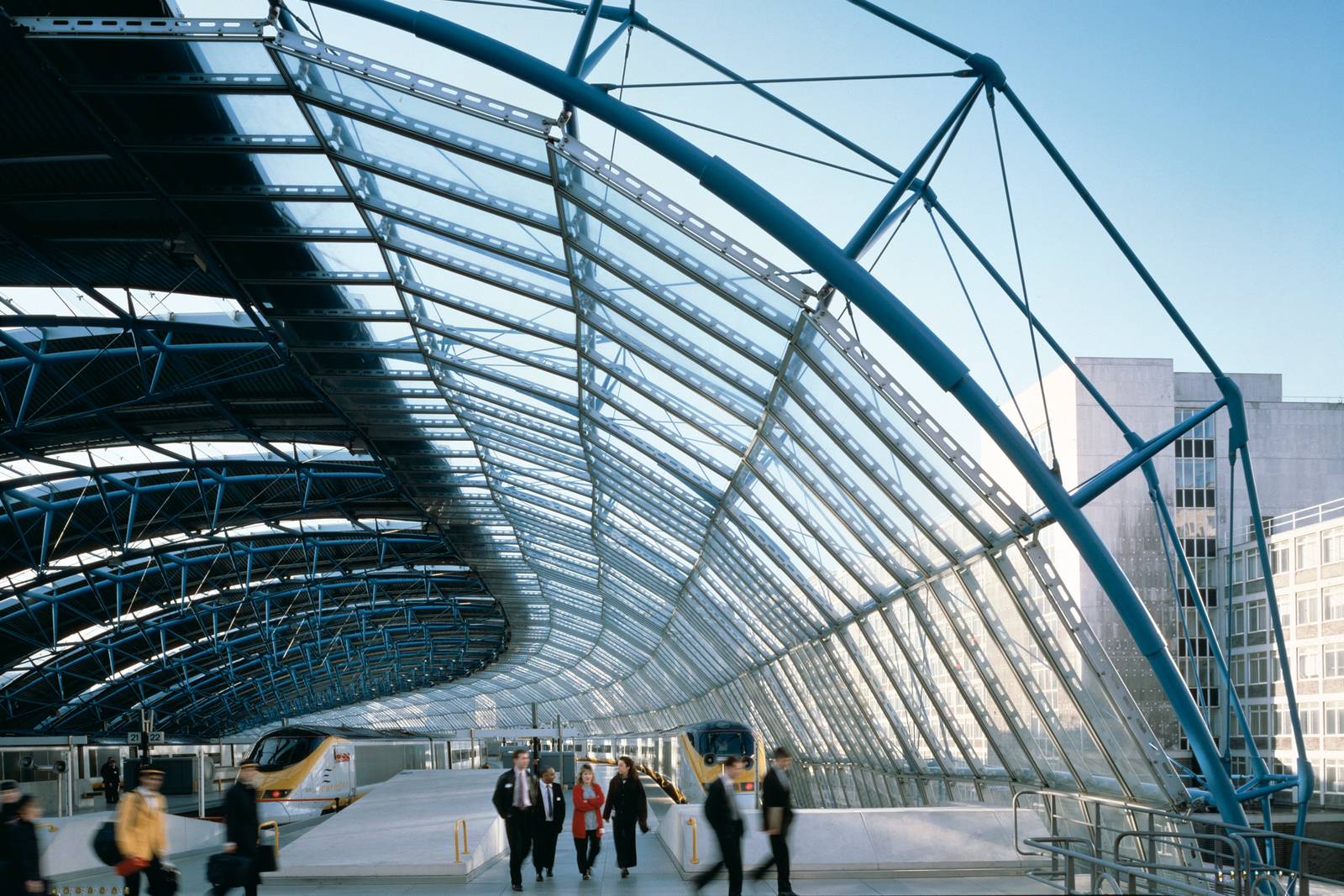 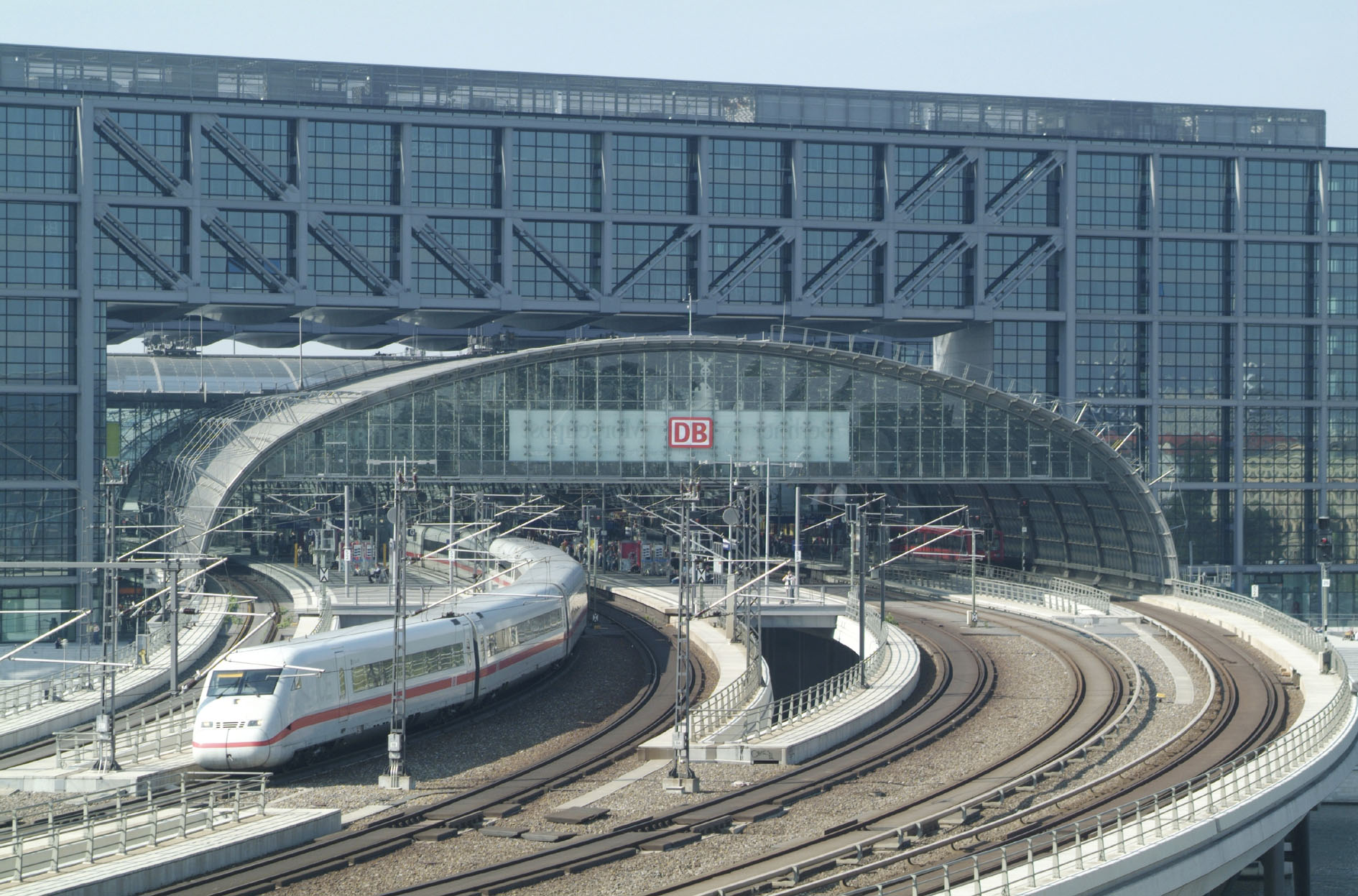 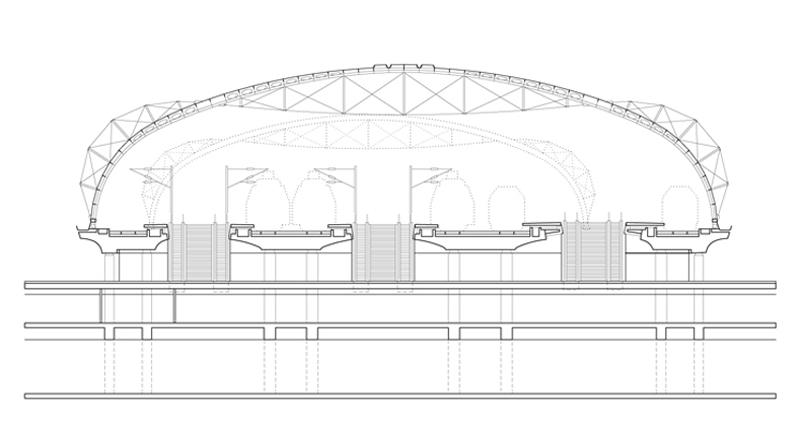 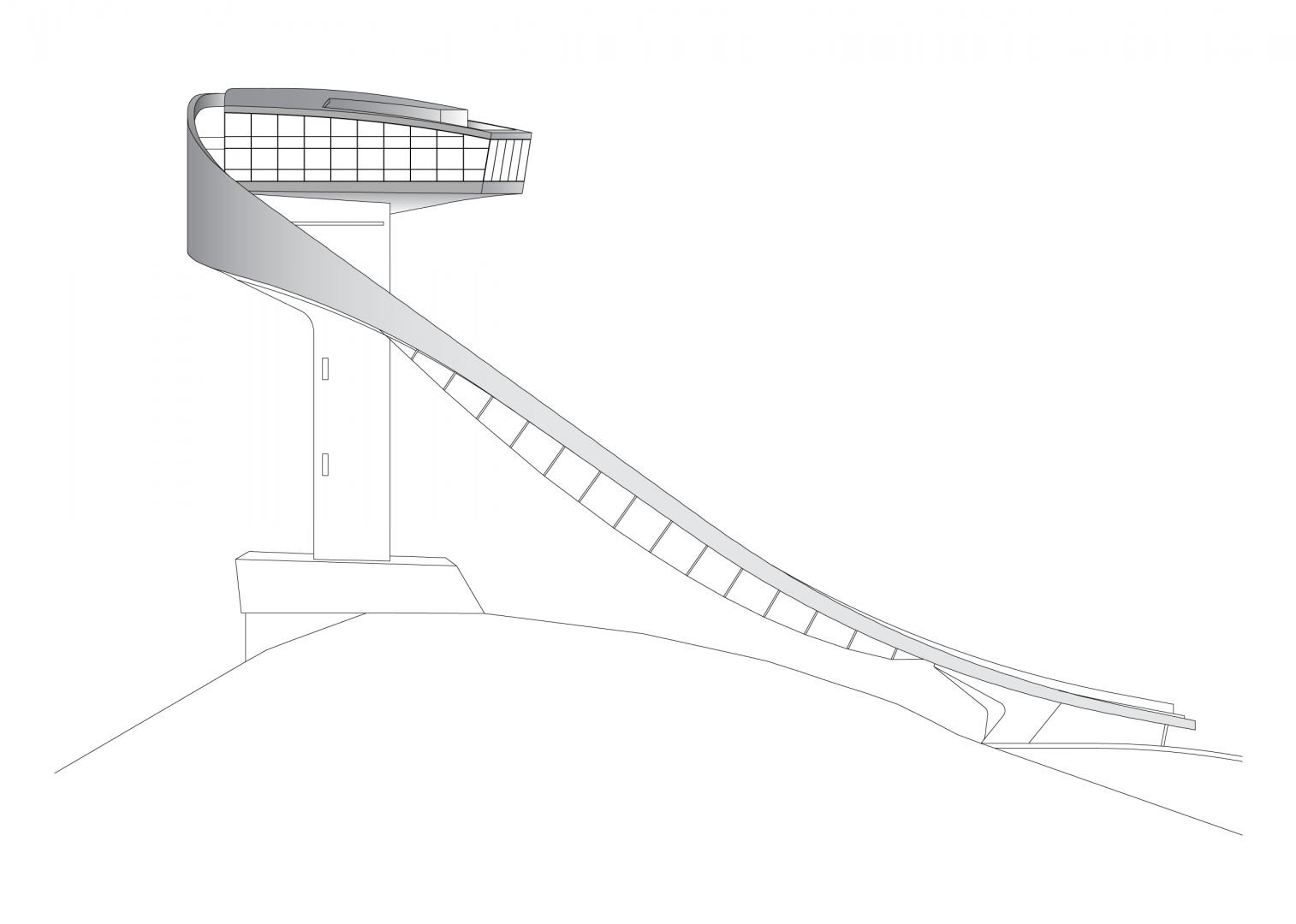 Design of structures with a free-form shape

This case study explores the use of thrust lines as a strategy to design structures with a free-form non-funicular shape. Such structures can be transformed into a free-form thrust line by adding a tension stiffening system shaped according to the bending moment in the free-form curve.

Waterloo International station was the London terminus of the Eurostar international rail service from its opening in November 1994 until November 2007. It is located on the Western side of Waterloo railway station, London. It was designed by Grimshaw Architects and structural engineer Anthony Hunt and completed in May 1993. It won numerous awards, including the Royal Institute of British Architects’ Building of the Year award (1994) and the AIA London UK Chapter Design Excellence Award (1995).

The tapering span of the roof structure reflects the constraints of the site, the asymmetry of the trusses is derived from the required clearance for the trains across the tracks. The inversion of structure and skin reflects the inversion of tension and compression in the roof structure. The arches are made up of curved trusses which are triangular in section. Both the compression and tension members are curved and tapering, they are created from telescoping circular sections, thus responding to the distribution of forces in each truss.

Berlin Central station is the main railway station in Berlin, Germany, located on the site of the historic Lehrter Bahnhof. It was designed by Gerkan, Marg and Partners and structural engineer Hani Azer and opened in May 2006. The curved roof structure spans about 85 metres and is clad with a glass panels with an integrated photovoltaic system.

The Bergisel ski jump, situated on the Bergisel mountain overlooking Innsbruck was designed by Zaha Hadid Architects following an international competition in 1999 and opened in 2002. It was part of a larger refurbishment project and has replaced the first Bergisel ski jump which was built for the 1964 Winter Olympics. Structurally the ski jump consists of a 50 m tall vertical concrete tower, a green-metal bridge integrating the ramp and the cafe, and the foundation dug into the Bergisel Mountain. Conceptually, however, the structural elements are not different systems, but parts of the overall structure.

Construction of the bending moment in the free-form curve

Click here to open the interactive drawing that shows the graphical solution. Use the slider in the bottom right corner to browse through the different steps.

Move the handles to manipulate the control curve. Use the slider to vary the tension force T. Switch between different configurations inspired by Waterloo station, Berlin station and Bergisel ski jump.