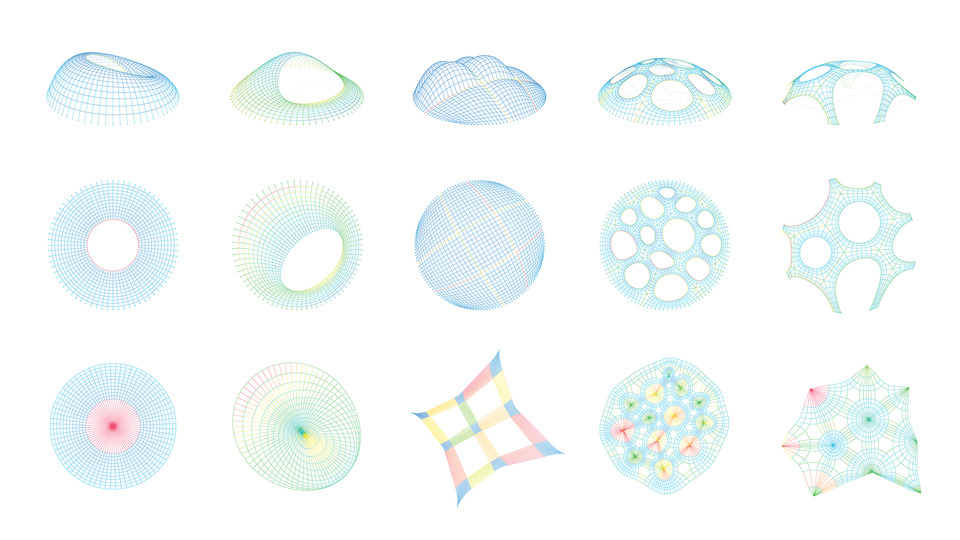 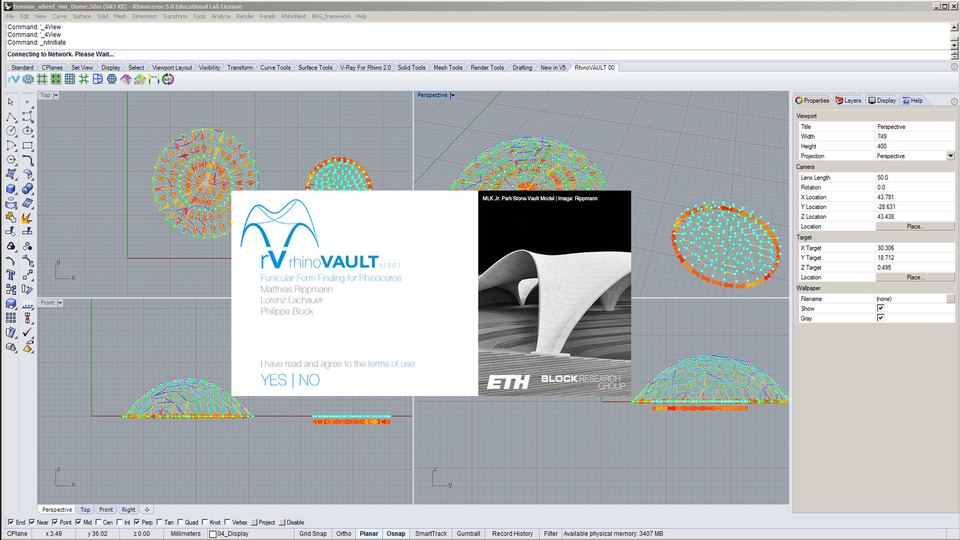 Thrust Network Analysis (TNA), a new methodology for generating compression-only vaulted surfaces and networks was developed by Block as part of his PhD (2009) at MIT, under the guidance of Prof. John Ochsendorf. The method finds possible funicular solutions under gravitational loading within a defined envelope. Using projective geometry, duality theory and linear optimization, it provides a graphical and intuitive method, adopting the same advantages of techniques such as graphic statics, but offering a viable extension to fully three-dimensional problems.

Based on reciprocal diagrams and linear optimization, it provides an intuitive, fast method, adopting the same advantages of techniques such as Graphic Statics, but offering a viable extension to fully three-dimensional problems. The designer can control the many degrees of freedom of highly indeterminate three-dimensional equilibrium systems to explore structural form. The project demonstrates the power of TNA for structurally informed, but surprising design explorations.

This research has resulted in the development of Rhinoceros® Plug-in for exploring funicular form, RhinoVAULT.

In 2014, RhinoVAULT was awarded the first prize in the category "Structure / Physics" at ALGODeQ, an international competition for algorithmic design programs, furthermore receiving the highest rating from the reviewers.