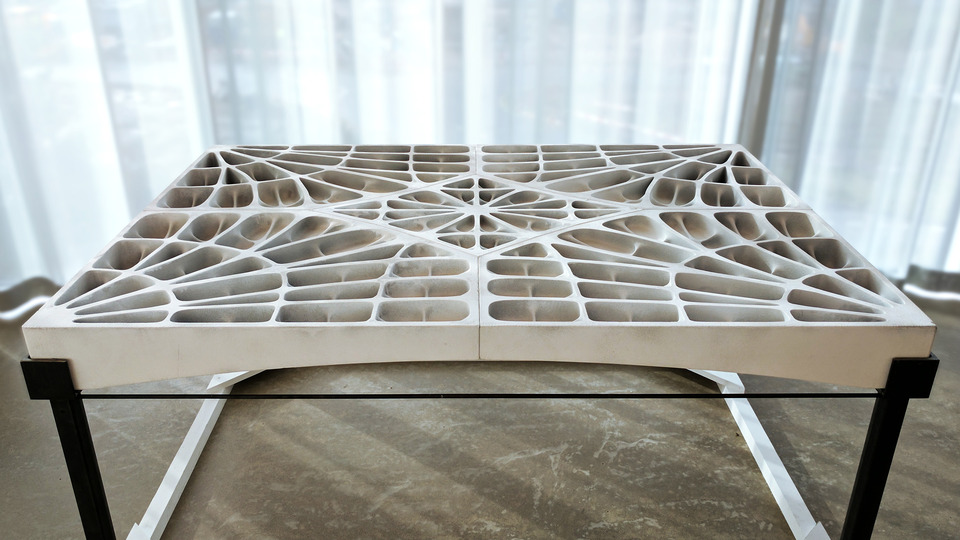 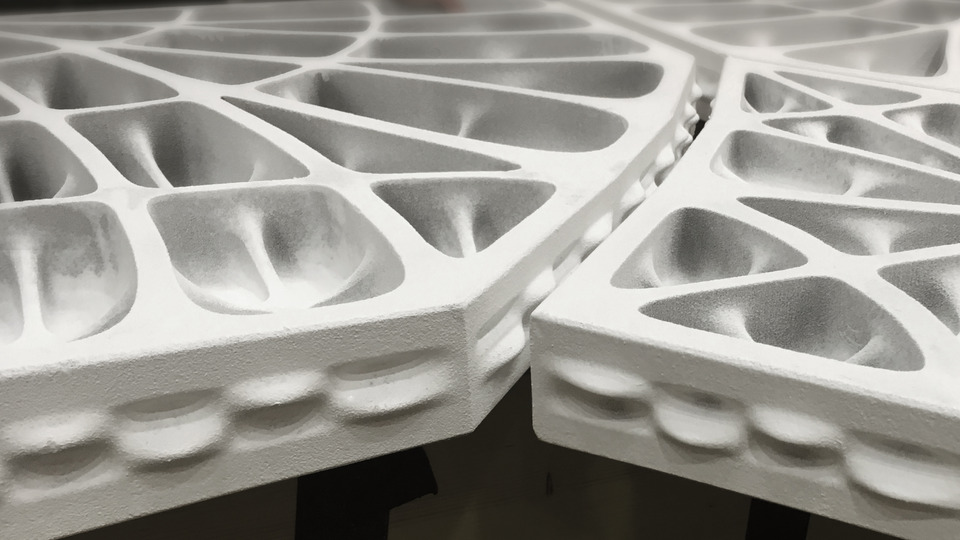 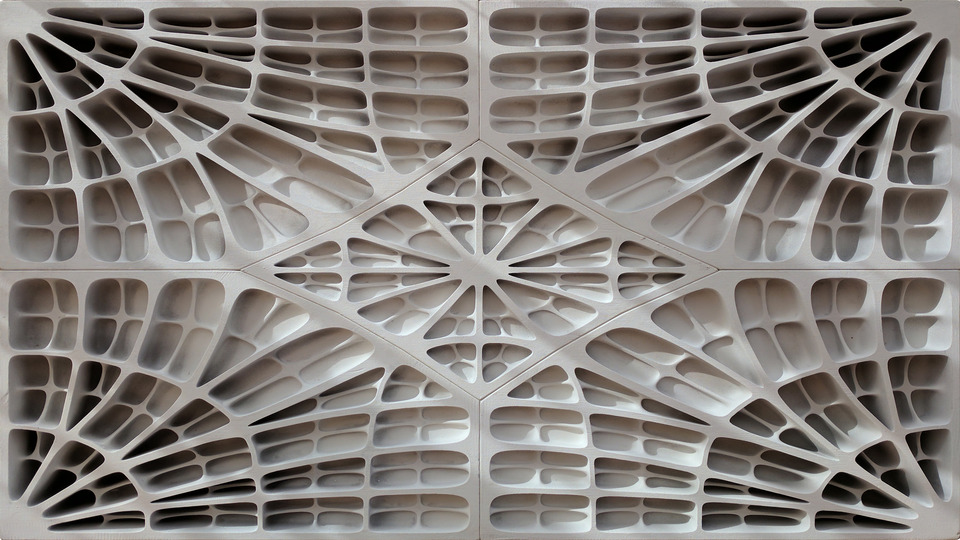 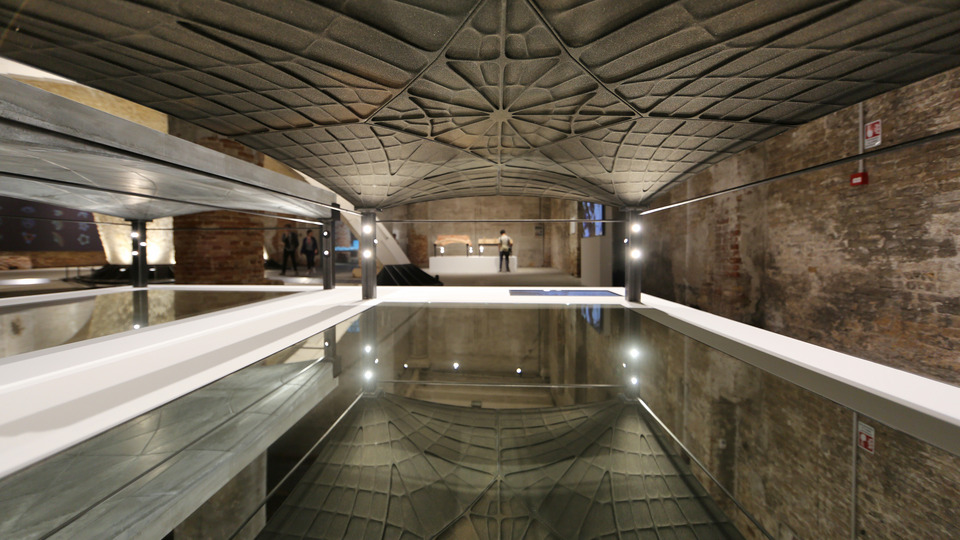 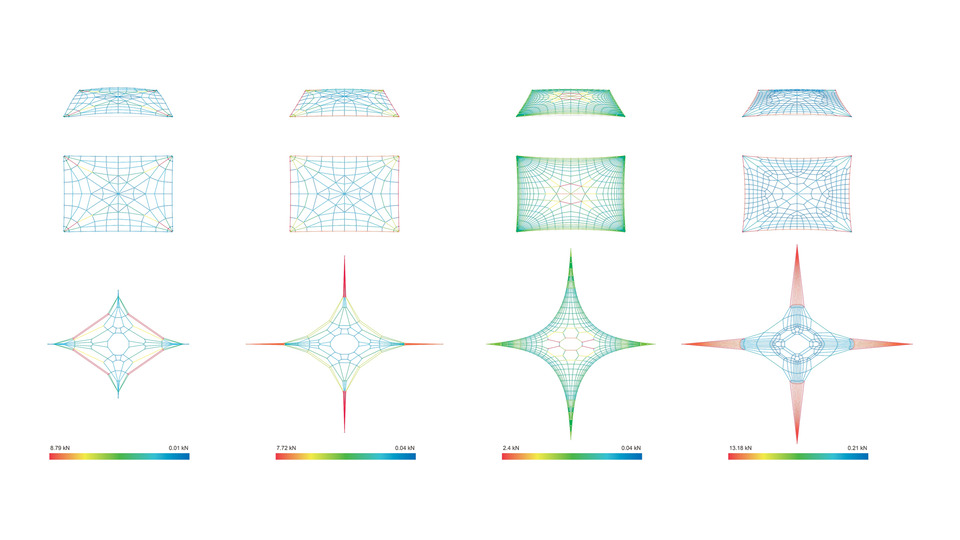 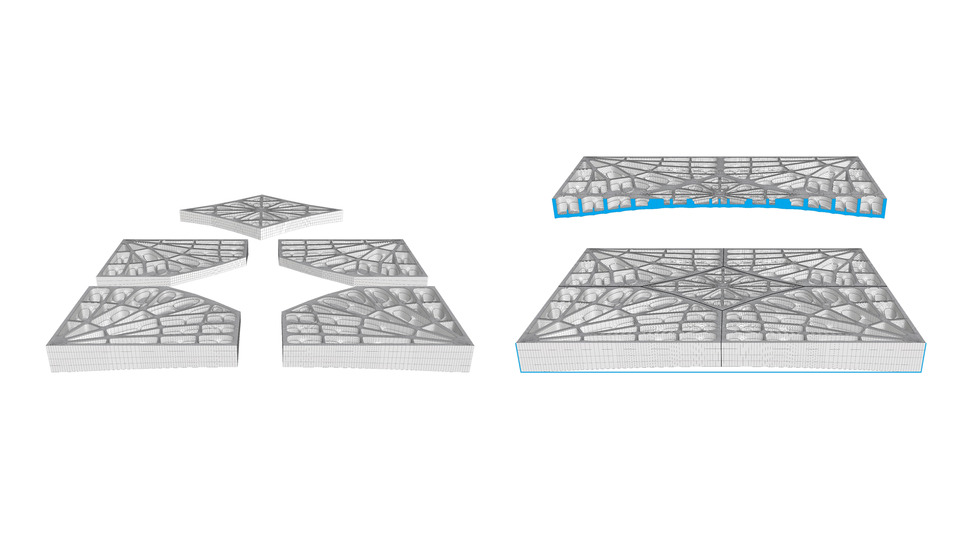 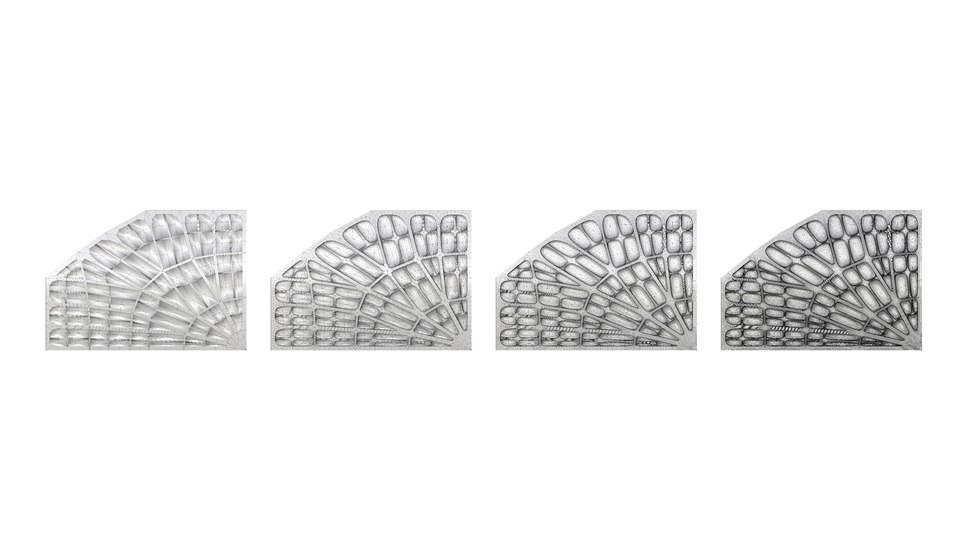 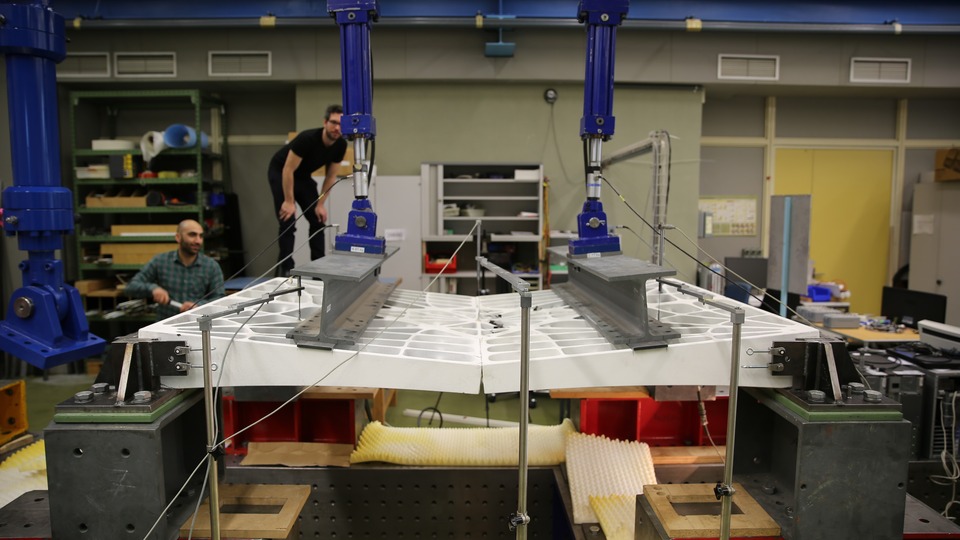 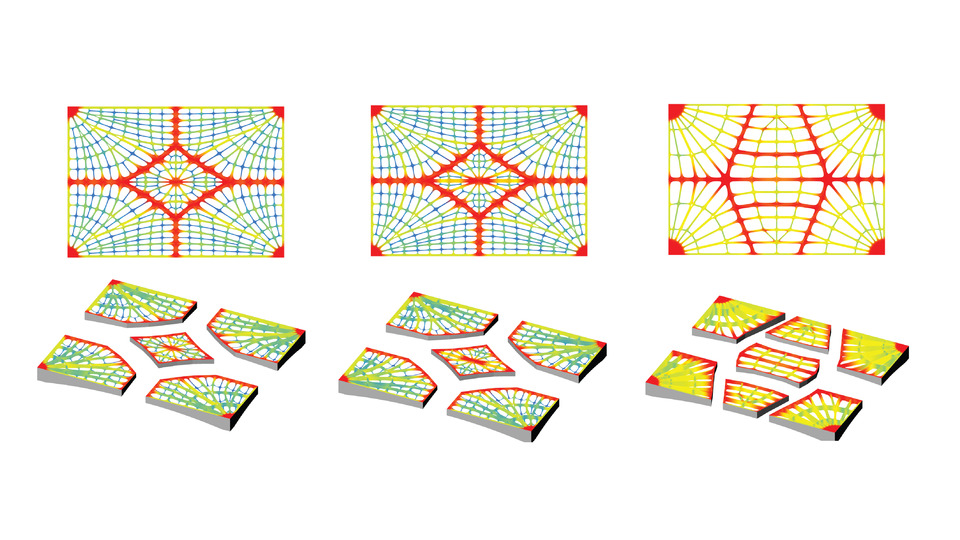 The solution is inspired by built examples in tile vaulting and their revision using unreinforced concrete, in which thin vaults are stiffened by diaphragms, also called spandrel walls. In the presented research, this structural system is implemented and constructed using 3D-printed shell modules featuring stiffening ribs on its extrados. The shown structural prototype consists of five discrete modules assembled as a rectangular vault structure supported in its corners. The system is completed with tension ties, which link the supports and absorb the horizontal thrusts of the funicular shell. The discretisation and rib pattern is aligned with the force flow and follows the structural principle of a three-hinged arch.

The flexibility of 3D-printing allows to adapt to non-standard boundary conditions and design loads, using material efficiently only where it is needed. Such floor systems would thus have the potential to be significantly lighter compared to traditional, 25-30 cm-thick concrete floor slabs used in the construction of framed buildings. This directly lowers the requirements for the foundations (often a dominant resource and cost factor), but also enables lightweight building extensions and a reduction of total floor height, offering possibilities to address, among other issues, the vertical densification of cities.

The use of 3D-printing is particularly suited for such compression-dominant systems, which take full advantage of the compression strength of 3D-printed components, but do not rely on their relatively low tensile and shear capacity.